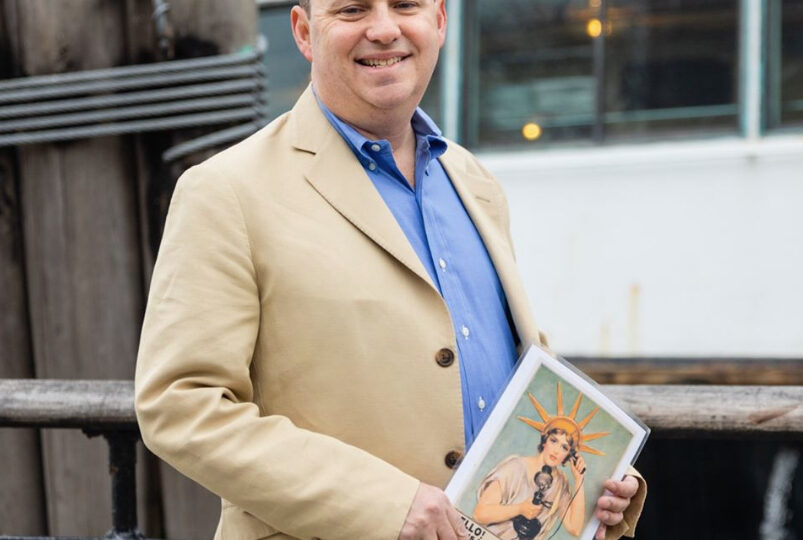 I am a licensed New York City Sightseeing Guide who has been leading walking tours of New York since 1999. My walks were created for those that love the history of New York. They can be in the cozy lobby of the landmark Algonquin Hotel, standing inside a fort built in 1794 on Governors Island, or exploring the heroes of Cypress Hills National Cemetery. I’m also an award-winning author of eight books tied to New York City history. I won the Apple Award from the Guides Association of New York City for Outstanding Achievement in Book Writing: Non-Fiction for World War One New York: A Guide to the City’s Enduring Ties to the Great War (2019) and I won it a second time for 111 Places In The Bronx That You Must Not Miss (2020).

• Established in 1999 to offer history and literary walking tours of New York City.
• All of our tours are unique and written, researched, and refined by myself.
• You won’t find these walks given by another tour company.
• I am an expert on everything from cannons to cocktails, and have written extensively about the Jazz Age in Manhattan as well as authors, actors, and soldiers.
• Co-Host the podcast Joanna & Kevin’s Big Show.
• A member of the Guides Association of New York City and The Lambs.

I served in the U.S. Marine Corps Reserve from 1984-1989. I’m a graduate of Northeast Missouri State University with a BA in mass communications. Previously, I was a project manager, where I worked for some of the biggest media brands in the world on multiple digital and print products.

I have written and edited eight books:

In 1999 some friends and I started the Dorothy Parker Society at the Algonquin Hotel, as a literary and social society. Since then the organization has grown to more than 5,000 members around the world. In 2020 I was the family representative to return Dorothy Parker’s cremains from Baltimore to The Bronx, and interred them next to her parents in Woodlawn Cemetery. I also created, researched, and write the “Kensico Vaudeville Project,” to document the members of the National Vaudeville Association interred in Westchester County.

For my work on my books and projects, I’ve been reviewed in the Times, The New Yorker, USA Today, National Geographic Traveller, Los Angeles Times, Vogue online, and many others. I have been a guest on BBC Radio and NPR, as well as The Travel Channel. The New Yorker wrote a profile about me in 2020.

I am a member of the Guides Association of New York City, The Lambs, the East Coast Doughboys, and the World War I Centennial Committee for New York City. I frequently speak about New York history at public and private events. Among the venues have been the New York Public Library, National Arts Club, Union League Club, The Lambs, and Princeton Club.

Big Apple Fanatics Tours welcomes anyone with a passion for history and literature to take a tour of New York with Kevin Fitzpatrick.

My author site is FitzpatrickAuthor.com.